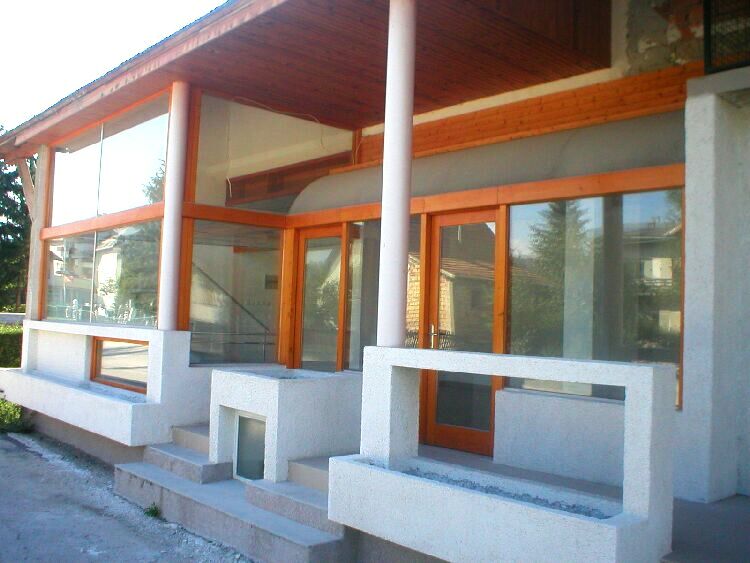 a) 200 meters from the city center

d) The business area has its own connection to the electrical and water supply;﻿

The price for rent per month - due to agreement.
﻿
About Bugojno, city which is within the centre position between three major cities of Bosnia and Herzegovina: Banja Luka (118, 75 kilometres - north); Mostar (114, 75 kilometres - south) and Sarajevo (121, 13 kilometres - east)

Bugojno is a town and municipality of the same name in central Bosnia and Herzegovina on the river Vrbas. It is located in the Central Bosnia Canton of the Federation of Bosnia and Herzegovina entity. Estimated population of 50,000 (as of July 2007).To the west towards Kupres is a region called Koprivnica. This enormous forest was once one of Tito's (the president of former Yugoslavia) favorite hunting spots. The dense forest and lack of any human settlements have created a sanctuary for bears, wolves, deer, boar and a plethora of other wild animals. Hunting associations are very active in this region and there are many mountain and hunting lodges dotting the forest. Duboka Valley (deep valley) is a designated hunting area covered by thick spruce. Kalin Mountain is a popular weekend area for hikers and nature lovers.

The municipality of Bugojno has an average elevation of 570 meters above sea level. Much of its 366 km2 is forested. The terrain is mountainous with several prominent features. Stozer (1662m), Kalin (1,530m) and Rudina (1,385m) are the tallest mountains in Bugojno. 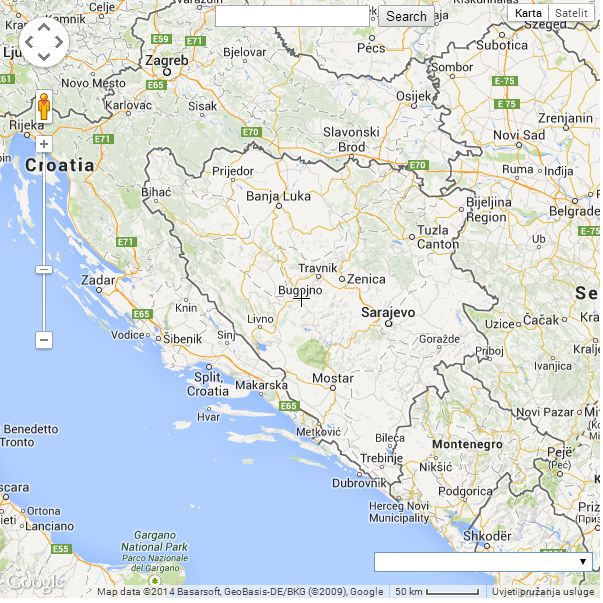 Click on photo for details of the map
Hosted by